In early June, Microsoft announced a key development affecting thousands of on-premises Exchange customers. When 2021 came and went without the promised new version of Exchange Server, customers feared they would be forced to migrate to the cloud. Now however, Microsoft has released a new roadmap that includes Exchange Server vNext.

According to Microsoft, vNext will become available at the end of 2025, just as earlier versions reach end of support. The June 2 announcement offers rudimentary details about the upcoming version, with a promise of more to come. Microsoft also strongly emphasizes the importance of upgrading to Exchange 2019 in preparation for vNext.

When the Hafnium Hack hit on-premises Exchange Servers, Microsoft had to abandon plans for Exchange Server 2021. While Microsoft urged customers to migrate to Exchange Online instead, the cloud remains a no go for many organizations. With earlier versions of Exchange Server due to lose support soon, that left companies in a bind.

Microsoft does not currently offer support for any versions of Exchange Server earlier than 2013. Customers on these earlier versions leave themselves extremely vulnerable to attack.

In the past, upgrades to the newest version of Microsoft Exchange have proved problematic. Customers often had to purchase new equipment to meet the hardware requirements of the new version. Additionally, they needed to move mailboxes from one version to the next.

Recognizing that these challenges presented roadblocks for many customers, Microsoft has indicated that they intend to offer in-place upgrades from Exchange Server 2019 to vNext. Theoretically, this may remove the need to purchase new hardware and move mailboxes. 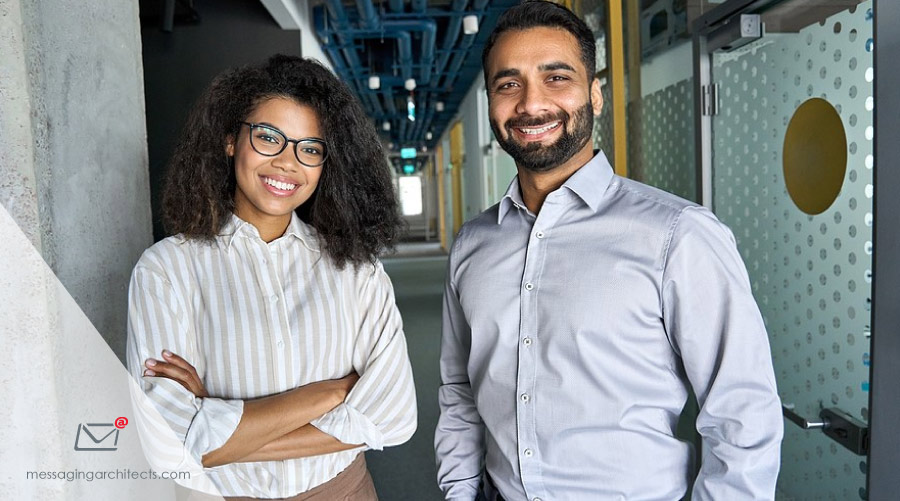 For customers that cannot migrate to the cloud, Microsoft strongly recommends moving to Exchange 2019 now in preparation for vNext. Customers already on Exchange Server 2019 should keep their servers up to date to benefit from fixes and enhancements.

Additionally, Microsoft announced planned investments in Exchange Server 2019 in the coming months. Significantly, it will offer more improved security and compliance features. Chief among those features will be the support for Modern Authentication in both pure on-premises and hybrid environments.

These changes can prove confusing, and roadmaps have a habit of changing over time. Consequently, the Exchange migration experts at Messaging Architects stand ready to help. Whether you need to migrate to Exchange Server 2019 or feel ready to jump to Exchange Online, we have you covered.

Keep your data secure and compliant

eGovernance is a Cloud based solution for preserving, discovering and accessing digital data within your email and document storage systems for compliance, audit, security, eDiscovery and warehousing of critical or older data.