Your organization has decided to migrate email to a new system, and you experience a disastrous Go Live day. End users arrive on Monday morning, expecting to be able to quickly open email and get to work. But the system is down, due to unexpected issues. Or the users have no idea how to access familiar functions or needed documents.

In today’s environment, we depend on email to make our work more efficient and broaden our reach. Unfortunately, technology sometimes fails to work as expected. Consequently, effective communication, proper preparation and effective issue resolution become critical to the success of your organization’s email migration from GroupWise or other legacy systems.

That Monday morning Go Live disaster could be so much different. Even when glitches occur (and they will occasionally), if users know what to expect, they will quickly adjust and adapt.

Begin to prepare your users and administration weeks ahead of an email migration. Make sure they know what will change and what will stay the same. Provide adequate training on new features and changes. Communicate through multiple channels to reach all users.

For example, one organization hung banners announcing the email migration in advance. Organizers reinforced key components of the new system with pins that included the updated URL and a Monday morning kiosk for immediate answers to questions. Awards engaged end users, and experts were easily recognizable in bright t-shirts. 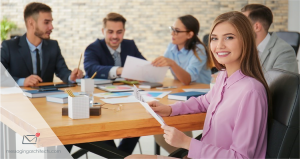 The key difference between a successful email migration project and an unsuccessful one is proper preparation. A large hospital recently migrated their email to a new system. They began with a small pilot project. The first pilot failed, as did the second. The organization had only trained a handful of end users and attempted the pilots with a bare bones team.

After two failed attempts, organizers restructured the entire project. They increased team size and met together to plan out every aspect of the email migration. A carefully prepared checklist ensured that end users received proper training. The team met weekly to review tasks and progress.

As a result, the organization was prepared for the new system. Even when users complained about changes and policies, they adjusted quickly because expectations had been set ahead of time.

Address Email Migration Issues with a Clear Plan of Action

Problems arise with any technical project. In an email migration project, issues have the added potential to affect every employee in the organization. Individuals and teams depend on the ability to communicate and share files instantly. When the system crashes or fails to work as expected, the backlash can develop swiftly and grow loud.

When problems arise, step back and take half an hour to understand the problem. You are unlikely to solve the problem in 30 minutes. However, you can determine the actual issue, as well as a general plan of action and a picture of the consequences.

Resist the temptation to respond to panic with an immediate guess that will simply increase frustration when it proves incorrect. Take the time necessary to assess the situation so that you correctly outline the problem and clearly communicate a plan of attack.

Users appreciate the truth. They would much rather know that certain features will be down for a time than expect full functionality and not find it. Communicate your plan and an expected timeframe and update end users as necessary. 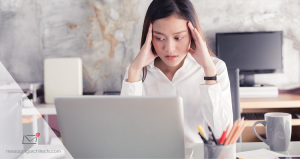 Migrating from a legacy email system to a powerful and versatile system like Office 365 Business brings tremendous benefits. Cloud-based functionality enables employees to access email, contacts, documents and calendars from nearly any device or location. Teams also collaborate with greater ease and security over distance.

At the same time, changing such a fundamental function of daily work life can trigger significant anxiety among users who depend on ready access and familiar features. Communication is key to a successful email migration.

When management, working closely with IT and/or email migration experts, know what to expect, they can adequately prepare end users for the changes. Detailed preparation reduces the opportunity for problems to occur. And when issues do arise, a clearly communicated plan of action speeds resolution and eases user angst.

Dena Kamel is Director of Consulting at Messaging Architects and has worked with the company for over eight years. While directing the work of the project management and consulting teams, she also manages large or client-sensitive projects. Kamel combines a background in accounting with a talent for issue resolution. Her favorite part of her job is turning problems around and seeing the client’s satisfaction when a project gets back on track.

Dena Kamel is Director of Consulting at Messaging Architects and has worked with the company for over eight years. While directing the work of the project management and consulting teams, she also manages large or client-sensitive projects. Kamel combines a background in accounting with a talent for issue resolution. Her favorite part of her job is turning problems around and seeing the client’s satisfaction when a project gets back on track.